What I Learned from “The Rescuers” in Rwanda

I have never been tested…spoiled to traipse through life with the blissful belief that I am a generally nice person – without a forceful event to determine my commitment to kindness in the face of death. Most Rwandans over the age of 30 were deprived of this luxury. Between April 7 – July, 1994, decisions made during the Rwandan Genocide came with consequences to perpetrators and victims of atrocities, leaving scars still crusting in varied levels of healing. And then there are some – a small number – who made the decision that if forced to watch suffering and death of another – they would step up, step in, intervene, carry the load, and protect – with the full knowledge that it might be the last decision they made.

The complexity of the Rwandan Genocide is deep and my knowledge is basic. Each day I am here, I am taught about the events of this time – but also about post-Genocide mental health, trauma care, reconciliation, resilience, and forgiveness – led by people who persist in creating hope from the darkest circumstances. I can’t begin to detail the genocide or even act like I know enough to share. Even as a person advocating the importance of awkward dialogue – I fear tripping over myself in mistakes of my limited knowledge. What I do know is that the weight here is heavy – but the commitment to peace and progress is evident.

Trauma counselors will say that over 80% of Rwandan citizens alive during the genocide suffer with symptoms of Post Traumatic Stress Disorder – so facilitating healing could not be limited to a trained few. Educating masses of people and providing exposure to trauma care was an essential aspect of the collective reconciliation roadmap. As time progresses, the impact of the genocide doesn’t diminish. There is evolving research on trans-generational trauma that necessitates continued focus on family and village support. Innovation in mental health education rules by necessity in Rwanda- and guiding all citizens toward mental health advocacy a significant priority of building One Rwanda that moves forward in reconciliation.

In the midst of all this – years later, people still yearn for role models of hope. While there are masses of people tirelessly treading into the most complicated stories and facilitating progress, there is a recognizable group of heroes – known as The Rescuers – whose stories serve as reminders that kindness can prevail. If you follow Humans of New York, you know that in recent weeks, Brandon Stanton has been sharing their stories. I was privileged that Higiro Issa, president of Good Change Rwanda, organized a lunch with three rescuers, two whose stories have already been highlighted on HONY – which I shared in the links below.

I’ve never been awed by celebrity, but as we settled at our lunch table, emotion overwhelmed. Sylas began telling his story about early signs of dehumanizing Tutsis- referencing his traumatic junior high memories of a girl, stripped and harassed as others watched. He described feelings of powerlessness during this haunting atrocity committed by students older than himself without any consequences from school leaders. Discrimination against the Tutsis was common in his youth – but Sylas remembers the increased intensity and growing “normal-ness” of harassment. He emphasized the genocide really started with dehumanization and intolerance toward this entire group of people and believes it was planned and propagated well in advance of 1994. As a young man, he wanted to know what it felt like to be Tutsi, so he randomly took this designation when applying for his first identification card. Losing job opportunities in the military because of this decision increased his sense of empathy, especially since he was able to easily change his “error” while others could not avoid the trauma of being a Tutsi in Rwanda at the time. All of these early experiences influenced Sylas when he secretly guided 23 Tutsis to Burundi border escapes. He found power – not in the military – but in the act of bringing others to safety, as did his friend Pastor Gratien.

While being human, acts of empathy, and consistency in love are expected tenets of a pastoral life, some of the saddest stories I have heard are of those who abandoned their congregations to save themselves or aided in their collective demise. Pastor Gratien and his wife were the essence of their beliefs as they stood outside their church, lined with crevices of 320 Tutsis, and insisted to killers that if others were to be taken, they must kill them first. Guided by his faith, he demanded that potential perpetrators consider their own spiritual fate if they fired the first bullet. Even in the midst of chaos, they stopped. I asked how his experiences have influenced his faith and belief in a loving God. He noted the solidity of his beliefs drawn from the ways he has been able to invite others in through stories of miraculous forgiveness and healing. 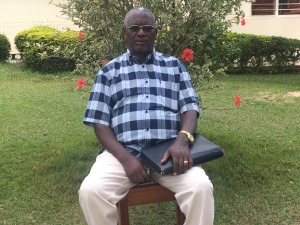 Christine’s story has not been detailed on HONY, but offers remarkable imagery of strength, and also weaves closely with the strength of her faith. Her father worked for Tutsis during her early years, and unlike many other parents, was quick to share the goodness of his friends. As the genocide began, her Tutsi neighbor and children rushed to Christine’s home when her Hutu husband returned from a day of killing and said that he must now kill her too. One young girl was shot multiple times in the escape, but made it to Christine in desperate need of care. Each day, a 34 year old Christine would secretly put the eight year old on her back to carry her for treatments to a hospital seven kilometers away. With the other children, she knew getting them into one of the few spaces in a UN orphanage was safer than her home, but they accepted girls more than boys – so she put the boys in dresses and carried them on her back to safety. Diverting roadblocks, climbing under bushes, and sliding under fences carrying another person has left her survivors indebted for life – still sharing maternal relationships and immense love.

While we talked about their lives, my teacher-centered questions often sought to quantify the characteristics that prompted their actions. I longed to know how we could replicate their values for ourselves while we instill them in the young people under our influence. They noted that some of the biggest perpetrators were youth because they were raised in ways that dehumanized Tutsis through misleading stories and propaganda.. “When people hear hate, they learn hate. When they hear love, they can learn that too.” They said many times that the genocide did not begin in 1994 – but was the consequence of years of discrimination and separateness. “We are to love all equally without segregation in our actions and words.” Or, as it has been said, we cannot not model.

The message of The Rescuers has global importance as we are all pushed to defend values in small ways each day. I pray to never be tested like this, but their stories and messages pulse in my heart as a reminder of hope in all circumstances and the power that one person has to be a hero. Thank you for being the type of people who strive to share yourselves and your stories so generously to influence others. I am grateful.

1 Response to What I Learned from “The Rescuers” in Rwanda